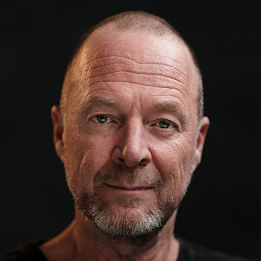 Warner Prevoo is in daily life an interventional radiologist treating cancer patients. And then out of the blue he becomes a cancer patient himself. He struggles how to be a real patient and at the same time stay the doctor he was before. He tells about his new insights of the relationship between doctors and patients. They should team up. Doctors should not be empathetic in an artificial manner. Patients should ask their doctor how they will live. Not how long. After having worked as an interventional radiologist for 16 years, Warner Prevoo found himself on the other end of the spectrum: Warner, being slightly disturbed about a persistent cough, cycled to the hospital where he had a CT-scan performed. Never would he have dared to think that this scan would radically change his life. The verdict? Advanced lung cancer. He was no longer the doctor, but the patient. Now, as a practicing doctor, Warner has come to understand patients better than ever. The preconceived idea that doctors are immortal no longer holds.